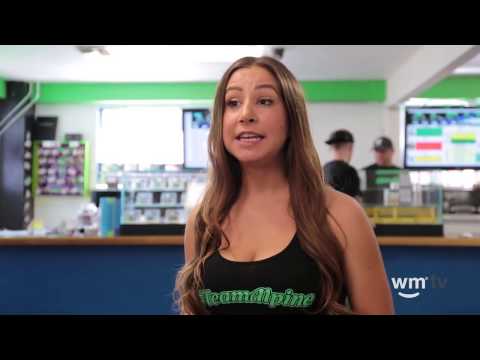 Our parent company, Alpine Alternative, has won numerous awards for Best Medical Marijuana Dispensary as chosen by patients! We are so lucky to carry many of the same high-quality medical-grade cannabis products at Port City Alternative, and staff delivers the same quality customer service!

Cannabis dispensaries in the United States or marijuana dispensaries are a local government regulated physical location, typically inside a retail storefront or office building, in which a person can purchase cannabis and cannabis related items for medical or recreational use. First modeled in Amsterdam in the late 1970s where they were innocently called coffee shops it would take the Americans more than a generation to successfully duplicate the idea of a retail cannabis storefront. Unlike the Dutch coffee shops, today dispensary customers are prevented from consuming cannabis on the site of a regulated dispensary in all known markets.

In a traditional Medical cannabis dispensary store a patient receives cannabis medication as allowed per the patients doctors recommendation. These dispensaries sell cannabis products that have not been approved by the FDA and are not legally registered with the federal government.