Leafbuyer Perspectives: What is CBG? What does CBD do to it? 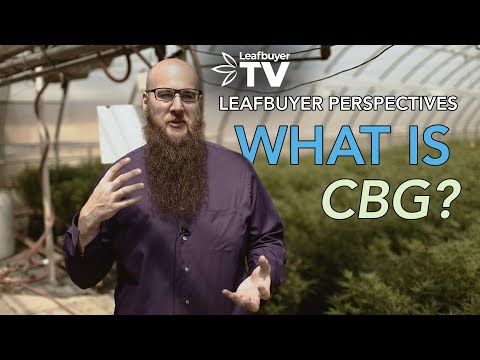 Steve Schultheis from Steve’s Goods talks about the cannibinoid CBG, and how cannabigerol interacts with cannabidiol (CBD).
s
Click the link to learn more about Steve’s Goods!

Cannabigerol, also known as CBG, is one of the most popular cannabinoids found within cannabis and hemp plants. CBG is often called the “mother molecular” because it is precursor to CBD or THC. CBG concentrations are high in marijuana plants during the initial stages of their flowering cycle. The CBG becomes either CBD, THC or other chemical compounds as the plant matures. Although very little research has been done on CBG, many industry experts like Steve believe it can enhance the entourage effect and increase the efficacy other cannabinoids such as CBD.

My Sunmed CBG Review for ANXIETY

Is CBG as Good as They Say? Cannabis Study Club with the Cannabis Coaching Institute